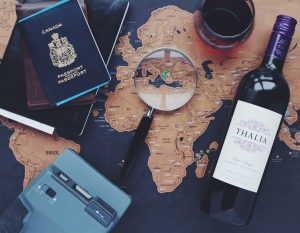 Here in the United States, we love pizza and pasta. But we wondered, what about Canada, Mexico, England and others? What Italian that foods do other nations go gaga for?

Here in the United States, our number one Italian dish, of course, is pizza. We have a pretty poor habit of making it in ways that suit our boredom, but the dish will always be Italian at heart. We also love Italian sub sandwiches, but we make those our own as well.

In England, they too have a love affair with Italian cuisine, but one that differs to ours. The Brits have a special love for a dish called Spaghetti Bolognese. It’s a less saucy version of the familiar spaghetti with a meatier sauce. The English are also quite fond of Lasagna.

Mexico has a lot of Italian restaurants, especially in Mexico City- the world’s most populous metropolitan area. It’s tough to pin down a particular favorite, but it’s safe to say that the Italian palate and the Mexican palate are birds of a feather with strong flavors, rich sauces, heavy use of hearty herbs- and of course the spices. There’s a lot of overlap as well between the two great cooking traditions, but we find that many of the most popular Italian dishes in Mexican-Italian restaurants are soup dishes heavy in beans and peppers. That was a bit of a surprise.

In Toronto, Canada- Pasta dishes are a big deal. Some ten percent of Toronto residents claim to have some Italian heritage- not that you need that to love Italian foods. Naturally, there are a lot of variations, like Canadianized Spaghetti and other pasta dishes.

We were surprised to find that Italian food also is quite popular in Japan despite their fierce nationalism. The truth is, Italian food is somewhat of a big deal in the land of the rising sun. They also take liberties with their pizzas, so we Americans can stop beating ourselves up about it. Japan enjoys a deep dish version of pizza with a soupy tomato sauce with islands of sharp cheese scattered around inside. They sauté whole leaf vegetables inside this tomato broth and eat it with chopsticks!

It turns out, in Moscow, Italian food is generously represented in a number of popular restaurants. The dishes range from pizza to pasta and seafood, but all with a particular Russian take on the theme. The hearty Russian eating habits are a good match for Italy’s influence. Russian-Italian fare has a strong Mediterranean influence as well as a great deal of accompaniment from South America. The Russians seem to take the cuisine of the romantic nations as a whole- which is a sweeping, but fair, take on a theme.