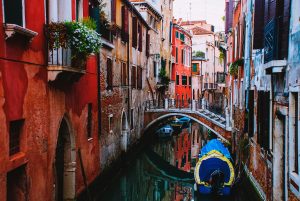 When traveling to Italy, there are more than a few places you will want to visit. From museums to local restaurants, there is a little something for everyone. Here is a quick look at 9 of the best places to visit in this beautiful country.

You probably learned about the ruins of Pompeii in high school. This ancient Roman city was preserved by a deadly volcano eruption dating all the way back to 78 A.D. A visit to Pompeii is sure to envelop you in the ancient, rich history of the Roman times.

When it comes to beauty, you won’t find very many other parts of Italy to boast beauty at its finest like the Amalfi Coast does. Stretching down the Sorrentine Peninsula, you will enjoy hillside towns, including Positano, which is a very well-known tourist hotspot.

Featuring massive oceanside cliffs and hills, Cinque Terre consists of multiple breathtaking villages, including Riomaggiore, Monterosso al Mare, Manarola, and more. With lots of walking trails, this part of Italy is perfect for those of you who want to enjoy the outdoors.

Paying tribute to Ancient Rome, the Roman Forum was historically significant to the Roman Empire. Standing for more than a thousand years, you’ll enjoy the ruins of market halls, public buildings, temples, and more.

Another well-preserved part of history is the Pantheon. The room features unique character and is breathtaking in beauty. In the Pantheon are buried several Italian Kings and influencers.

Also known as the Cathedral of Santa Maria del Fiore, this Italian structure was built somewhere between the 13th and 15th centuries and it is well known for its extraordinary dome, which was completed in 1434 by Filippo Brunelleschi. There are 414 steps that lead up to the viewing platform of the cathedral and provides an assortment of exquisite views of the city.

One of the country’s most popular scenic areas, Lake Como is surrounded by mountains and features an abundance of villas and palaces. There are several resort communities as well as an 11th century abbey.

No trip to Italy is complete without floating down the Venice Canals. The canals have always played a large role in transportation in Venice and are perfect for anyone wanting to take a romantic getaway.