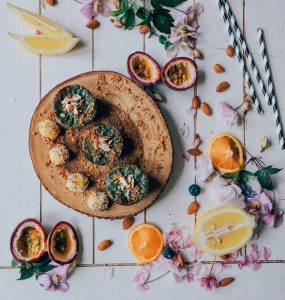 It is certainly no controversial statement to say that there is a lot to Italian food. It’s got a long history, is created by a creative and eclectic people with roots from all over the continent, and it has been refined for centuries. Everybody knows something about Italian food, it’s history and it’s preparation- after all- no one could reach the age of five without seeing an Italian chef toss pizza dough into the air in film, cartoons, or real life. But like any rich topic, there’s as much about Italian cuisine that’s not well known as there is common knowledge. Here are 6 tidbits of uncommon Italian food knowledge.

If you start with an Italian breakfast, you may be surprised to learn how sparingly they tend to eat in the morning. Usually, it’s just a scone and a cup of espresso. That’s because they know the afternoon meal is going to be a major event- and it’s about family, life, food, and togetherness. So don’t spoil your appetite!

Buy yourself a cocktail and try a wide range of foods arranged in finger food style. Everything is laid out like a buffet. It’s extremely social, and you’re encouraged to have a second helping- but you probably aren’t surprised by that.

If you order a coffee, as in ‘Un caffe,’ you won’t get what you expect, if what you expect is an ordinary cup of coffee- such as we are accustomed to in the United States. You’ll get an espresso. Be careful, if you’re not a regular drinker of caffeinated beverages because- despite it’s small size, real Italian espresso packs a punch. If you want the kind of coffee you’re probably more familiar with, ask for a caffè americano or caffè lungo.

Here in the States, when you order a pepperoni pizza- you get the familiar slice with yellow cheese and circles of spicy sausage dotted all over the top. In Italy, if you order pepperoni pizza you’ll get a slice topped with sweet bell peppers. It might come as a shock, but it’s good! So don’t be shy.

So, if you ask for arugula, don’t be offended if they give you a strange look- because they probably don’t have any rockets. You might get referred to Cape Canaveral, but then you’d miss out on the panino- which is a good vehicle for arugula- the leaf, not the spaceship.

Eating while walking may be common here, but in Italy, it’s considered rude. You wouldn’t want your chef to think you didn’t appreciate the food now, would you? So please, be seated when you eat in Italy.