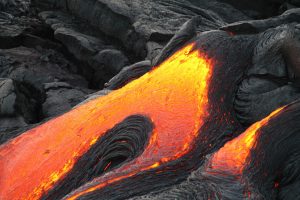 When you think of Italy, you may not automatically think about volcanoes. However, this is one of the few European countries that still has active volcanoes. In fact, there are more than 12 active volcanoes here, and Italy is home to some of the most dangerous in the world.

The three most active volcanoes in Italy include:

Due to the high level of activity occurring within these volcanoes, there are an array of tours and holiday packages focused on them specifically. If you want to experience the thrill of seeing an active volcano up close and personal, booking one of these tours is a smart move. Get to know more about the three most active volcanoes in Italy here.

At 10,900 feet in elevation, Mount Etna is the highest and most active volcano in all of Europe. It’s found on the eastern coast of Sicily, located between the Italian cities of Catania and Messina. The last major eruption occurred in 1928; however, there have been several smaller eruptions since that time. This is a popular destination for hikers who want to see the active craters found at the top.

This volcano is also located in Sicily, on the island of Stromboli. Approximately 1,000 people live here, and this volcano has been actively erupting since 1932. The area is actually a group of islands formed by volcanic activity. The best part of visiting this volcano is the lava that spurts out of the ground, which the Romans called the “Lighthouse of the Mediterranean.”

By far the most popular mountain in Italy, it’s located on the bay of Naples. It stands at 4,203 feet tall and is one of the most dangerous volcanoes in the world and was made famous for burning the ancient city of Pompeii in 79 AD. Today, there are more than three million people living nearby.

If you plan to visit Italy, be sure to consider one of these popular volcanoes. It will truly be an experience you will never forget.  Due to the popularity of the volcanoes, there are several professional tour services that will take you if you don’t want to venture off on your own. The former is probably the safest way to see these powerful creations but for the truly adventurous, try wandering around on your own.