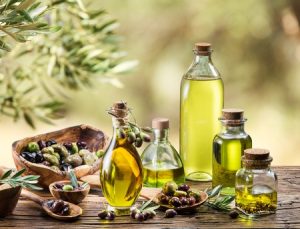 When it comes to olive oil, Italians know their stuff. If you are Italian or a fan of Italian food, you should never accept a watered-down olive oil in place of the real thing. The unfortunate truth is that many olive oils sold in supermarkets around the globe are phony. An astonishing number of olive oil producers are either watering down their stock, relying on low-quality olives or using oil from other sources such as soybeans. Here’s a few tips to understand the real thing.

The Taste of Authentic Olive Oil

Authentic olive oil will make your taste buds feel like Heaven. You’ll immediately notice a distinctly rich flavor that is not present in the fake olive oils that could stocked on your local store’s shelves. High-quality olive oil is fresh, flavorful and served within a year of pressing. It’s a stark contrast to most olive oils sold in supermarkets that have been sitting for a year or longer. Real Italians know that olive oil holds its peak flavor for about a year. Once this time period passes, the flavor, nutrition, antioxidants, polyphenols and richness begin to significantly degrade.

Back in 2007, United States Marshals entered storage facilities in New Jersey and New York in an attempt to seize counterfeit olive oil. The Marshals removed an astonishing 10,000 cases of supposed extra virgin olive oil. The dark truth is that these cases were full of soybean oil. It is just one example of the pervasive fraud surrounding olive oil.

According to a study conducted by researchers at the University of California, over two-thirds of grocery store olive oil is not what its producers claim. These phony olive oils were either spoiled, made with labels that are unfit to be described as extra virgin or completely fake. In some instances, hazelnut, soy and fish oil are mixed with cheap olive-pomace oil, packaged and sold for a massive profit at stores throughout the world.

Each year, more and more people make the transition from butter and margarine to olive oil. Unlike vegetable oil and most other oils, olive oil is quite costly and laborious to produce. This is precisely why so many are willing to modify olive oil or completely forge it on a mass scale. Olive oil has become quite the big business over the years.

Americans shell out upwards of $700 million for olive oil each year. Aside from Authentic olive oil’s amazingly rich taste, it also provides a myriad of health benefits. Olive oil is loaded with body-boosting antioxidants and helpful monosaturated fats. Legitimate olive oil even has the potential to decrease blood pressure and LDL cholesterol.

There is a good chance you have never enjoyed genuine, 100% olive oil. Stop on in for dinner at L’amore Italian Restaurant to experience the taste of real olive oil. Give our olive oil a taste and you’ll never go back to those imposters at the grocery store.