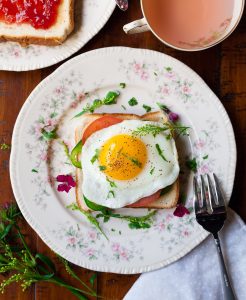 Italian cuisine is well known for containing some of the most succulent and complex dishes in the world. And we wouldn’t be going out on a limb by saying that the types of food people like to eat most are often a reflection of their personalities or lifestyle. Some of us take pride in enjoying the spiciest food around.

Some of us revel in fun food like pizza, hot dogs, and hamburgers, and, of course, some of us like to indulge in foods that are rare and cultured. Well, if you’re looking for culture in your meal, Italian food is a pretty strong choice. So here are the top 4 Italian foods that will appeal to the sophist listed in order from the pedestrian to the rarefied.

The trademark pasta of the Veneto region, the large and coarse noodles and chunky ingredients frequently found in this dish make it quite different to its closest relative, spaghetti. Made by hand from duck eggs and buckwheat flour, the tubular pasta is unique. This not so well known dish is hearty and satisfying and will catch the eye of even the most seasoned lovers of Italian food.

Traditionally, this stew-like dish is considered a pauper’s food or, Cucina Povera. It was invented by servants who would collect scraps from the master’s unfinished meals to be boiled in water. The name means “reboiled.” Today, you don’t have to steal from the lord of the land to try this dish, and it has been refined into a soup that can, and is, prepared just as masterfully as anything else on our list.

Don’t let the apparent simplicity of this dish, which is mainly rice and peas, fool you. It is surprisingly flavorful and can be prepared in such a delicate array of varieties that you would be pressed to have it the same way twice. It is cooked with stock and seasonings much like the well-known risotto. But constant stirring is necessary to produce the soup-like consistency and deep infusion of herbs that make it distinctive.

Another creation of the ever-inventive poor servants of Tuscany’s past, Canederli was originally made from leftover bread and mixed with milk and eggs to create dumplings which are boiled in chicken or beef broth. With the right admixture of herbs and sauces, this is a dish that is sure to satisfy and enamor.